We Love What Happens When Industry Expertise, Creativity, & Hard Work Come Together

Spend enough time in an industry and you’ll identify ways you can help drive it forward.

Our expertise in the technology space comes from years working in strategic internal roles, including strategy, leadership, and marketing. Our in-depth experience with MSP’s, VAR, Service Providers, and SaaS companies has equipped us to become some of the best marketers of the industry, in the industry.

As We
See It

It’s not just about me, it’s about US.

Be authentic, be humble and work with intention.

Stay accountable, own your experience.

Failure is not an option, find the result.

We are proud of our talented and versatile team – get to know who you’ll be working with.

With over a decade of experience in tech, sales, and marketing, Chris Lee is the President of Reel Axis.

Beginning his career in finance, Chris worked for large multinationals such as Merrill Lynch and Deutsche Bank where his client roster was primarily comprised of entrepreneurs. These savvy business owners ultimately became his mentors when he decided to leave Wall Street and begin his first company in the mid-2000s.

Before founding Reel Axis, Chris also held several senior sales and marketing executive roles with startups focusing on technology distributors, vendors and MSSP/VARs across the US. He enjoys the challenge of solving problems for resource-constrained companies through his ability to bring people, processes, and technology together to support organizational growth.

Chris is a proud foodie and avid “gadget guy” who currently lives in Oceanside, California with his wife, two children, and two dogs.

Nick has over 20 years of experience working across all elements of marketing, sales and operations for organizations ranging from small startups to multimillion-dollar brands. Through this diverse experience, he understands what truly drives profitability, customer retention and brand awareness (hint: it does not involve mastering the “flavor of the week”).

In addition to being an accomplished strategist, Nick is an avid triathlete who has competed in over 25 Olympic, Half, and Full Ironman races.

Brands We’re Proud to Work With

We work with Vendors, VARs, MSPs, and Service Providers located all over the world.

Let's connect and see how we can work together.

Connect With Experts That Will Help Grow Your Business

Let's get together for a no-nonsense conversation and see if our technology and marketing solutions can work for your business. No pressure, no obligation, tons of value.

Reel Axis is an industry-leading go-to-market firm for the channel technology space. We help technology companies build a message, market their business, & grow. 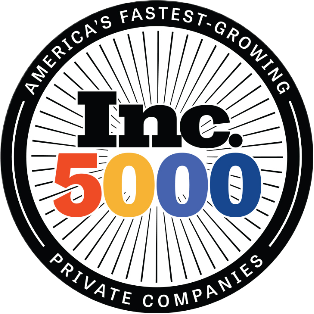